a brief history of me. CHAPTER SIX. Barcelona 1992 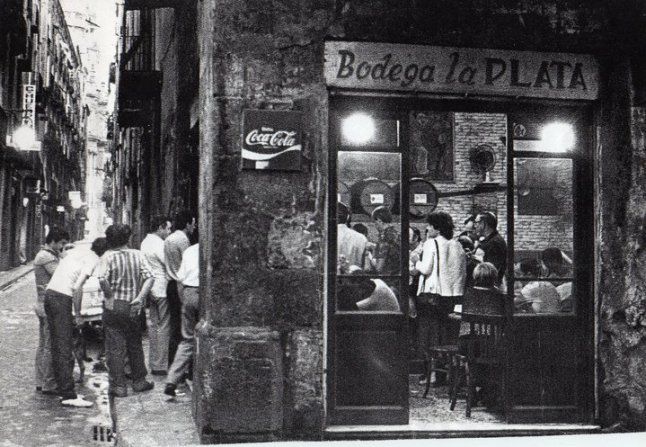 September 1992. The day after Carmel’s concert on the steps of the Cathedral, mum and I travelled back to Madrid on the tour bus with the band, packed up the Alfa Romeo Spider and waved goodbye to Tudor, who I think had fallen slightly in love with mum by then, despite her furniture rearranging, or perhaps because of it.

Jim carried on with the tour and mum drove us back up to Barcelona while I attempted to map read. As a result, we ended up circling Barcelona for three hours, unable to find the junction that would take us into the city.

Upon a very late arrival at Jean Claude’s home in Ciutat Vella, we discovered that the flat we were planning on renting had fallen through. Jean Claude invited us to stay with him and his American boyfriend Tod and their beautiful beagle dog until we found our feet. Their flat was on the first floor, opposite the stock exchange, decorated impeccably and expensively. I was in awe of their glamour and Jean Claude’s dynamic energy, ‘That window needs curtains, I shall buy some tomorrow’. I remember lying on cushions on the floor in the dark on our first night and whispering to my mum ‘I admire Jean Claude, he is so decisive.’

Jean Claude had moved to Barcelona from Paris to set up a men’s clothes shop in a style that was new to the city. His clothes were influenced by London fashion and he was the first person to sell bomber jackets in Barcelona. He also had a shop and flat in Sitges where we would eventually spend summer weekends and I would find a Swatch watch beneath the sand on the beach, the excitement of which I have never forgotten.

After a couple of months we found a flat on a tiny, narrow street just off El Born, a modernised building with a doorman, marble floored entrance and elevator. An incongruous blip amidst so many crumbling, empty buildings. The flats were small, open plan and stark white, built in a modern japanese style with a large sliding door dividing the space. Yet despite the flashy modernity we were often without electricity and I became skilled at stomping washing in the bath by candlelight.

We had no furniture, only a couple of suitcases of clothes, but every Thursday evening was furniture night when people would leave their unwanted items on the pavement. We managed to source a desk, an antique glass cabinet, lamps and some dolls for me to play with. It was like a weekly shopping trip, but so much more exciting. Alongside this we gradually bought a fridge, a kettle and a toaster. White goods were expensive and funds were dwindling.

Christmas approached and Mum invited her sister Ishbel from New York and Keiko and Yuko from London for Christmas Day dinner, along with a handful of people she had met since our arrival. We would be twelve to eat, but we still had no table or chairs. On the night Keiko and Yuko arrived, we headed to the streets in search of furniture. In a square five minutes away from us, we were confronted with the sight of twelve matching chairs standing in a row, beneath the electric light of a shooting star. For a table we bought a piece of plywood and three tressels, covered it in tissue paper and cut out pictures from magazines to decorate the top. For a tree, we found a dead grapevine and strung it with coloured lights.

Aunt Ishbel (who had quit modeling and since become a chef) and Keiko took over the kitchen. That Christmas I ate a feast of new flavours. Hiding in the bushes at the park with Yuko, surrounded by fallen oranges from the trees above, nibbling on fragrant onigiri. The thick, decadent bite of a chocolate and nut torró from the sweet shop with a window display that resembled a masked ball of sweet delicacies. An unexpected delight in combining fresh goat cheese with membrillo. I remember often feeling very sad and very excited and not knowing how to distinguish the two.

In the early 1990’s Barcelona was a very different city to the one so many people know now. The streets were lined with small family businesses selling specific items. One for thread and buttons, one for bras, one for garbanzos and boiled vegetables in salt, one for pillows, one for paper and pencils, one for socks, one for umbrellas and hats. The bars had sawdust on the floor, a choice of tortilla o chorizo para picar, chilled red wine in summer, none of your room temperature rubbish. No terraces on the street to sit out and cook in the sun, if it’s hot you stay indoors in the cool dark. Barceloneta beach with hidden syringes beneath the rough sand, and waves that carried turds and sanitary pads. At night there were few streetlights and the air was filled with bats. Tall crumbling buildings stood empty and the shadows cast were like a Gothic illustration.  We were in love.

Immigration had started in the old quarter, there were small communities of Moroccan, Filipino and a few Western African families, with a sprinkling of Brits, Australians and Americans. If you were foreign you generally stood out and quickly recognised the other immigrants in your neighbourhood. Racism was blatant and aggressive. La Policia carried guns and truncheons, and Jim would often get stopped and asked for his papers. Despite Mum and I walking next to him, we were never asked.

After months of bargaining, mum managed to secure me a place in one of the local schools (I had chosen it based on the pretty blue and white tiles on the walls and the desks with opening tops). I spoke no Castellano or Catalan and the headteacher could not understand why mum would not want to send me to one of the private international schools. Mum was stubborn and eventually they conceded.

Escola Angel Baixeras was a tall square building decorated in dancing cherubs on the Via Laietana. The doorway was a large wooden arch and the playground was on the roof, surrounded by high nets. The teachers were strict and used corporal punishment, particularly on one boy Karim, who would be pulled to the front of the class and beaten with a ruler.

At midday everyone would go home for lunch and siesta. Unaccustomed to napping after eating, mum and I would head to Ciutadella park with a picnic and painting materials. We would sit on the grass and eat slices of tomatoes with baguette and cheese, then I would climb a tree or sit and paint the imperious fountain, guarded by stone dragons.

On my first day I made friends with a girl called Estefania from Argentina and a boy called Erasmo from Cameroon. They appeared to despise each other but my love for each of them was instant and deep. At home time, Erasmo marched up to my mum and announced ‘Hola, my name is Erasmo and I am Java’s best friend.’

Mum and Jim were still floating on an income from the UK. Jim with his music and mum with her fees from big jobs before she left. Mum and Jean Claude had intended to expand his male clothing emporium into womenswear, but it turned out that one of the roots of his ‘decisiveness’ that I so greatly admired, was a coke habit. So for the sake of friendship and good business, this plan was sidestepped.

After ten months living at Calle Sabataret, mum discovered she was pregnant with my brother Zahir and they soon found a new place on c/ Consulat de Mar opposite the stock exchange. It was bigger, had more light and had the old features we loved of the old buildings.

Mum wanted to return to the UK to be near Jim while she was pregnant so she found a coupe to house sit, a hand model and a personal trainer. Mum joined Jim in Manchester, while I returned to Scotland to stay with Brenda. I enrolled in Dalbeattie primary and made new friends, yet again confused with where I wanted to be. I could speak the language but I was still an outsider, never quite in step with my surroundings. My brother Zahir arrived in late November. Brenda and I travelled down to Manchester to meet him. I remember being very taken by his tiny wrinkly toes.

Mum, Zahir and I returned to Barcelona in January 1994 while Jim continued working in the UK . Upon our arrival we discovered that the couple who were flat sitting had trashed the flat and taken anything of value with them. We had no fridge, no gas butano, no furniture. And so we returned to scouring thursday night furniture nights and saving up for a fridge.

For the next two years, Jim spent most of his time touring or in Manchester where the band was based. Mum got a small, damp, dark studio in one of Jean Claude’s warehouses where she would sit and think about what to paint, and sometimes actually paint. She covered our home in deep colours, our hall in turquoise plaster, our living room in fuschia neon pink, in their bedroom she chipped away until the paint had become a sea of all the layers of paint before it. I have clear, soft, warm memories of lying in bed at night while Poetic Champions Compose played and mum painted in the living room.

As Zahir grew older and went to nursery, mum moved to a bigger studio with her friends Ann and Joan, which she turned into a showcase for her interiors and paintings. It was an old bare brick space with shutters as high as the ceiling, bejeweled with turquoise pigments and gold leaf, filled with pieces of drift wood and old metal.

And then I think it’s around this time that things started to crumble in mum and Jim’s relationship. More next week. xx